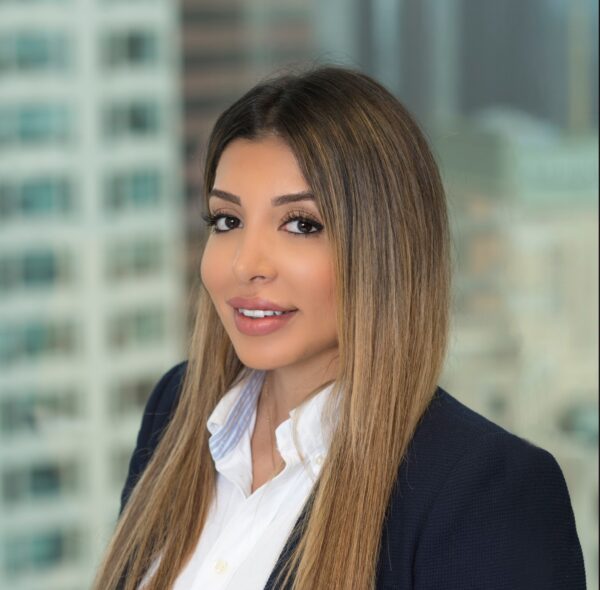 Prior to joining FMG, Ms. Bavafa was selected to serve as a fellow for the prestigious American Board of Trial Advocates Fellowship program, where she garnered experience working for some of the best defense and plaintiff’s firms in Southern California.

Ms. Bavafa received her J.D. from Southwestern Law School in 2017. During her time at Southwestern, she was the recipient of the Dean’s Merit Award and the Honorable Richard C. Fildew Memorial Scholarship. Ms. Bavafa served on the Board of Governors of the Trial Advocacy Honors Program. She was also awarded the CALI Excellence for the Future Award for Evidence, and the Witkin Award for Academic Excellence for a seminar paper she wrote examining the profound harms of wrongful incarceration on exonerees and stating proposals for reform. Upon graduation, she was awarded the Wiley W. Manuel Certificate for Pro Bono Legal Services by the State Bar of California.