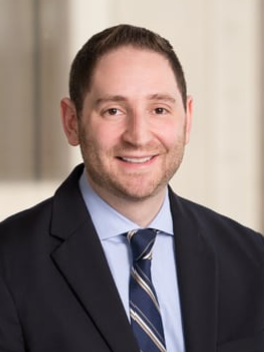 Matt A. Wachstein is an Associate in Freeman Mathis & Gary’s Cherry Hill office. He focuses his practice primarily in the areas of tort and catastrophic loss litigation in state court. His experience ranges from commercial automobile and trucking accidents to wrongful death claims filed under N.J.S.A. 2A:31-1. He has extensive experience defending premises liability matters stemming from allegations of serious and permanent injury including complex regional pain syndrome and traumatic brain injury. His achievements include dismissal of HOAs and Condominium Associations from premises cases concerning alleged permanent injury to community residents and non-residents alike.

Matt also has experience handling and successfully defending product liability claims involving design and manufacturing defects, failure to warn and breach of warranty resulting in death, allegations of permanent injury and/or amputation. In fact, he was instrumental in the dismissal of two New Jersey Product liability Act claims arising out of a major commercial vehicle accident resulting in multiple deaths due to an alleged motor vehicle design defect and failure to warn. These complex lawsuits required the pursuit of written discovery across national borders. Matt’s efforts during the course of that multi-year litigation were instrumental in obtaining dismissal prior to trial.

Matt is also proficient in the New Jersey Spill Compensation and Control Act, and has defended direct and subrogated damages claims for environmental remediation involving funds distributed by the New Jersey Department of Environmental Protection.

In each practice area, Matt has handled matters from start to finish including defending and taking depositions that have positioned his clients for successful outcomes including favorable settlements and dismissal. He has also obtained no cause determinations at mandatory arbitration. Matt is a seasoned litigator whose list of achievements includes drafting and arguing motions for discovery and summary judgment resulting in dismissal of his clients.

During the course of his private practice, Matt participated in New Jersey’s pro bono program in order to assist with a child custody dispute. He coordinated interviews and drafted a formal recommendation for the Court’s consideration in order to assist the presiding judge in making a determination in the best interest of the child. Matt’s experience during law school as an extern in the juvenile division of the Office of the Public Defender was instrumental in aiding his communication with the child and throughout this pro bono matter.