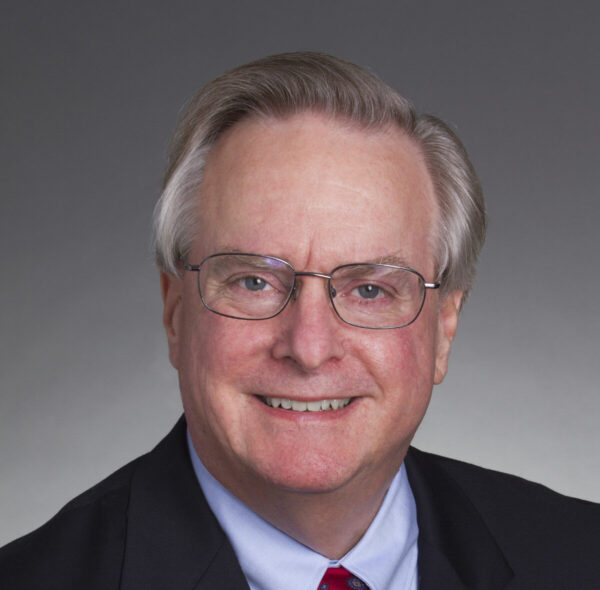 Bart Gary is one of the founders of Freeman Mathis & Gary and is now retired from the practice of law.

Mr. Gary was recognized by Best Lawyers in America, named a Georgia "Super Lawyer," a Leading Business Lawyer and Construction Lawyer by Chambers USA, and a “Star Litigator” by Benchmark Litigation. He also was a Special Assistant Attorney General for the state of Georgia. Mr. Gary had extensive arbitration, trial, and appellate experience and successfully represented clients in a number of multi-million dollar cases throughout the country.

Mr. Gary is the author of the Georgia Construction Law Handbook, a leading treatise, which is available for purchase here. He has lectured widely on a variety of commercial law, construction, and professional liability matters.

Bart Gary represented a concrete subcontractor in an arbitration brought by a general contractor for a Hyatt Hotel and condominium in San Antonio, Texas. The general contractor wrongfully terminated the subcontractor to retain the contract balance and seize its equipment. Then, after eighteen days of hearing, the arbitrators awarded our client more than $6.5 million including, lost profits, overhead, and attorney’s fees. The judgment on the award was paid with interest after an appeal.
Reported decision: United Forming, Inc. v. FaulknerUSA, Inc., 350 Fed. Appx. 948, 2009 W.L. 3444285 (5th Cir.)

Mr. Gary and Mr. Neil Wilcove represented a landscape architect who was sued for professional negligence for its design services for a condominium building in Midtown Atlanta. The building periodically flooded from the overflow of the municipal combined storm and sanitary sewer system. At the conclusion of the evidence, the trial court directed a verdict for our client. The jury later returned a verdict of $5.6 million against another party.

Mr. Gary represented the manufacturer and designer of a geogrid safety net in two wrongful death lawsuits arising from the collapse of the parking lot into a massive sink hole at a hotel in Midtown Atlanta, Georgia. The sink hole was the result of a defective storm water pipe under the property. Following a four-week trial, the jury returned a verdict in favor of the clients; however, the court granted a new trial and the case was retried with a plaintiffs verdict which was reversed on appeal and settlement occurred thereafter.
Reported decision: Tensar Earth Technologies, Inc. v. City of Atlanta, 267 Ga. App. 45, 598 S.E.2d 815.

Mr. Gary successfully defended a roofing subcontractor in a four-week jury trial for an indemnity claim by a general contractor for $3.5 million claimed by the owner of a manufacturing plant based upon allegations that roof leaks damaged the manufactured products. Subsequently, the Georgia Court of Appeals rejected the general contractor’s claim against the client for over $250,000.00 in attorney’s fees and expenses of litigation under the indemnity agreement.
Reported decision: Citadel Corporation v. All-South Subcontractors, Inc., 217 Ga. App. 736, 458 S.E.2d 711.

In the federal district court in Memphis Tennessee, Mr. Gary represented an asbestos abatement contractor in claims against the Memphis City Schools to recover delay and disruption damages and remission of liquidated damages arising from the removal of asbestos at a high school.  The case was settled on the eve of trial for approximately $1.7 million paid to our client.

The  Georgia Court of Appeals decided a question of first impression and held that the Georgia’s eight-year statute of repose for improvements to real property barred a developer’s third-party complaint for contribution and indemnity against a civil engineer for a personal injury claim alleged to arise from defective design of the Gwinnett Place Mall.  Summary judgment in favor of the client was affirmed.
Reported decision: Gwinnett Place Associates v. Pharr Engineering, Inc., 215 Ga. App. 53, 449 S.E.2d 889.

Mr. Gary assisted in the defense of structural engineer against the claim by a paraplegic construction worker for negligent review of shop drawings for the roof system on a shopping mall.  The jury trial in Tennessee lasted approximately three weeks resulting in a defense verdict which was appealed to the Tennessee Court of Appeals, which affirmed the judgment.
Reported decision: Weathers v. Bennett & Pless, Inc., 1986 W.L. 13963 (Tenn. Ct. App.)